for a next generation

What if we can build an affordable and green urban property for a new generation. Because we can. No cap.

Savings in the bank don't yield that much. Getting a mortgage for younger generations is cumbersome. Sounds like we need a plan to keep new generations in the city. WYCKX introduces a new approach to property and home financing through a proprietary economic model. We call it community economics.

If there's a generation that cares about a healthy planet, it's the next generation. WYCKX joins a new generation in taking matters into its own hands. We build sustainable property and incentivize a new generation of residents to set an example in green urban living.

So new generations grow up believing that owning property is only for the elite. What if we change the notion of ownership. You can own property. Just a piece of it. Powered by blockchain. 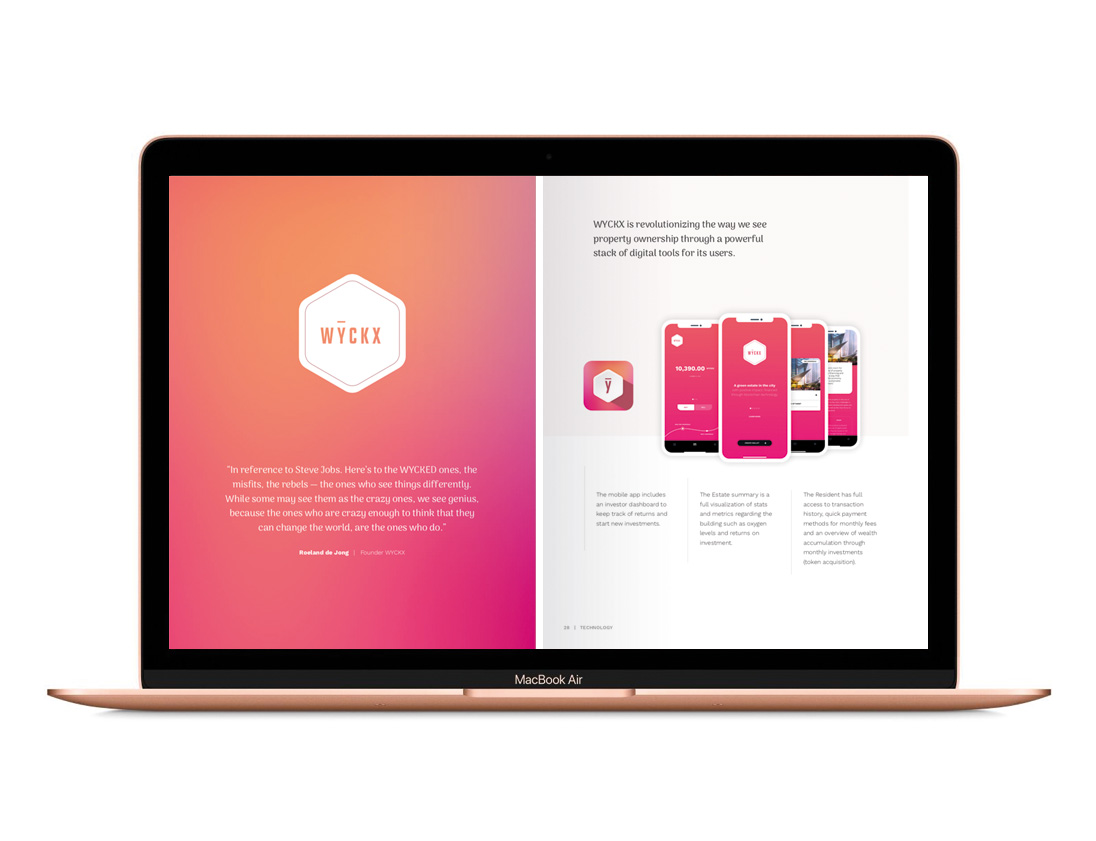 If you wish to acquire a full understanding of our project, download our lightpaper. It describes in detail the specifics our purpose and how we have planned to make it happen.

WYCKX refers to the old Dutch language. In Dutch, the word "Wijk" is defined as a part of the city, a neighborhood, an area to live. Additionally, in the 17th century, with the first IPO in history, the first stockmarket was created in Holland. We believe that the concept of tokenization, with emerging Security Token Offerings and the opportunities presented by blockchain in exchanging value digitally as easily as information, represents another major leap forward in our global economy. In the case of WYCKX, that leap is aimed at democratizing the economics behind urban real-estate and delivering affordable housing to a new generation in the city.

Here’s to the WYCKED ones, the misfits, the rebels — the ones who see things differently ... because the ones who are crazy enough to think that they can change the world, are the ones who do.

In reference to Steve Jobs